The Reason Why Some Small Dogs Have the Napoleon Syndrome

by admin
in Dog Health

We all know the type – a little Yorkie that behaves more like a Rottweiler than its breed, growling and barking more than you expect it to do. You may laugh it off by saying that the small dog has the small dog syndrome or Napoleon syndrome, as it’s known in these circles. However, what causes dogs to have this issue?

When spunky becomes a syndrome

Small dogs are loved for their more prominent personalities. However, at times, this personality becomes such a problem and a major one at that. For example, it might appear cute when a small dog barks or growls, but it is unacceptable for a dog to be aggressive.

Let us say that your neighbor has a German Shepherd who weighs 100 pounds. They growl, bark, and lunge at every dog that seems unfamiliar to them and come across when walking. They jump at you and get all excited when you visit their home.

In such an instance, you would avoid the dog or report them to the police. However, you should not accept the same behavior from a dog just because they are small. Their size does not make such behavior cute or even acceptable.

Indeed, a Chihuahua would not bite you to death, but they can certainly leave a scar and cause you to get infected. Indeed there is not much data on non-fatal dog bites. However, Dachshunds and Chihuahuas are at the top of the list of dogs who bite more often than not.

CDC (Center for Disease Control) says that in the USA (United States of America), you get almost 4.5 million dog bites cases every year. In 900,000 of these cases, the bites lead to infection. Unfortunately, there is no way for you to know if those bites are caused by small dogs who suffer from small dog syndrome. However, if your small dog tends to growl, bite, or snap when uncomfortable, it should concern you as the pet parent.

How to ascertain that your dog is suffering from small dog syndrome?

Animal Planet says there is a clear distinction between a dog suffering from small dog syndrome and a small dog with a spunky personality. If your dog suffers from the syndrome, there would be some typical syndromes. For example, they would never follow your instructions and become territorial over particular house areas, people, and food.

They would resort to biting in these cases as well. If a small dog is spunky, it would be ready to play when your grandchild crawls onto your lap.

They would accompany them. If your small dog has small dog syndrome, in all probability, they will try to bite the child. At the very least, they would growl menacingly at them. So, you may be wondering about the biggest causes of such a syndrome.

Well, the first one on this list would be not treating them with seriousness. Dog parents often let their small dogs get away with behavior that they would never tolerate from their large dogs. You make them think that they are the leaders of the pack.

If they are not getting any direction from you, they will always assume control of any situation and feel compelled to protect themselves by any means they see fit. They do so because they do not consider you strong enough to defend them should the need arise.

What can be done in these cases?

The first thing you could do is treat your dog like a dog. Impose the same rules on them if they were big dogs. It means that they cannot jump on you or growl at you. Never allow them to bite you. You must train them to obey basic commands such as ‘stay’ and ‘sit.’

They should also understand that they are not the boss – you are. You must also never give in to begging. It is OK to spoil them, but you have to show them that you are in charge.

In these cases, they must understand that they get rewarded when they do something right, not because they are cute. If your dog is already suffering from the problem, you may have to hire the services of a professional dog trainer to rehabilitate them.

It may be an extreme step, but your cute munchkin mustn’t end up biting someone else in the ankle. On the other hand, it could be a kid stuck their face close to your dog who was already unnerved by the meeting. 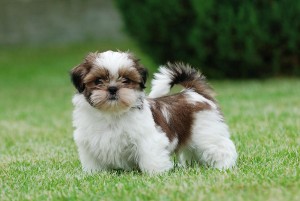 There are steps that you can take to prevent small dog syndrome in your baby as well. For starters, teach them socialization and bite inhibition before they turn 12 weeks old. If you do not teach them that biting is unacceptable, they always consider such an act an option.

Animal Planet says this applies to all other behaviors that come naturally to dogs, such as being aggressive when they are on the leash, territorial, asserting dominance, and having a sense of possession over areas, people, and objects.

If you do not address such behavior early on in their lives, they will persist till they grow up to become adults. In such cases, your small dog could be a handful when they grow up and start to frustrate you.

How to make your and your dog's immune system "Bad Ass"

11 Training Games To Help Your Pooch Love His Crate

Grandparents Get Emotional When Tiny Puppy Joins Their Christmas Celebration