Rocky is a 3-5 year old male Pointer Cross. He arrived at the shelter after being found wandering the fields as a stray. He was in a bit of a poor state when he arrived. His ears were dirty, he had a minor eye infection, he stank to high heaven and he was covered in dirt. He needed a good few meals to fill his empty tummy, and a few days to realize that no one was going to hurt him. Rocky is a truly beautiful dog.

His photos in no way do him justice, but he is a handsome hound with an even more special personality. He is gentle, kind-hearted, loyal, and affectionate. He adores the company of people and once he trusts you Rocky is just nothing but love. He leans in for a cuddle and just adores the attention. We don’t think he’s ever really had the 1-2-1 attention he’s craved, and whilst we know very little about his back story before he came through our gates, dogs like him are rarely family companions in Cyprus. 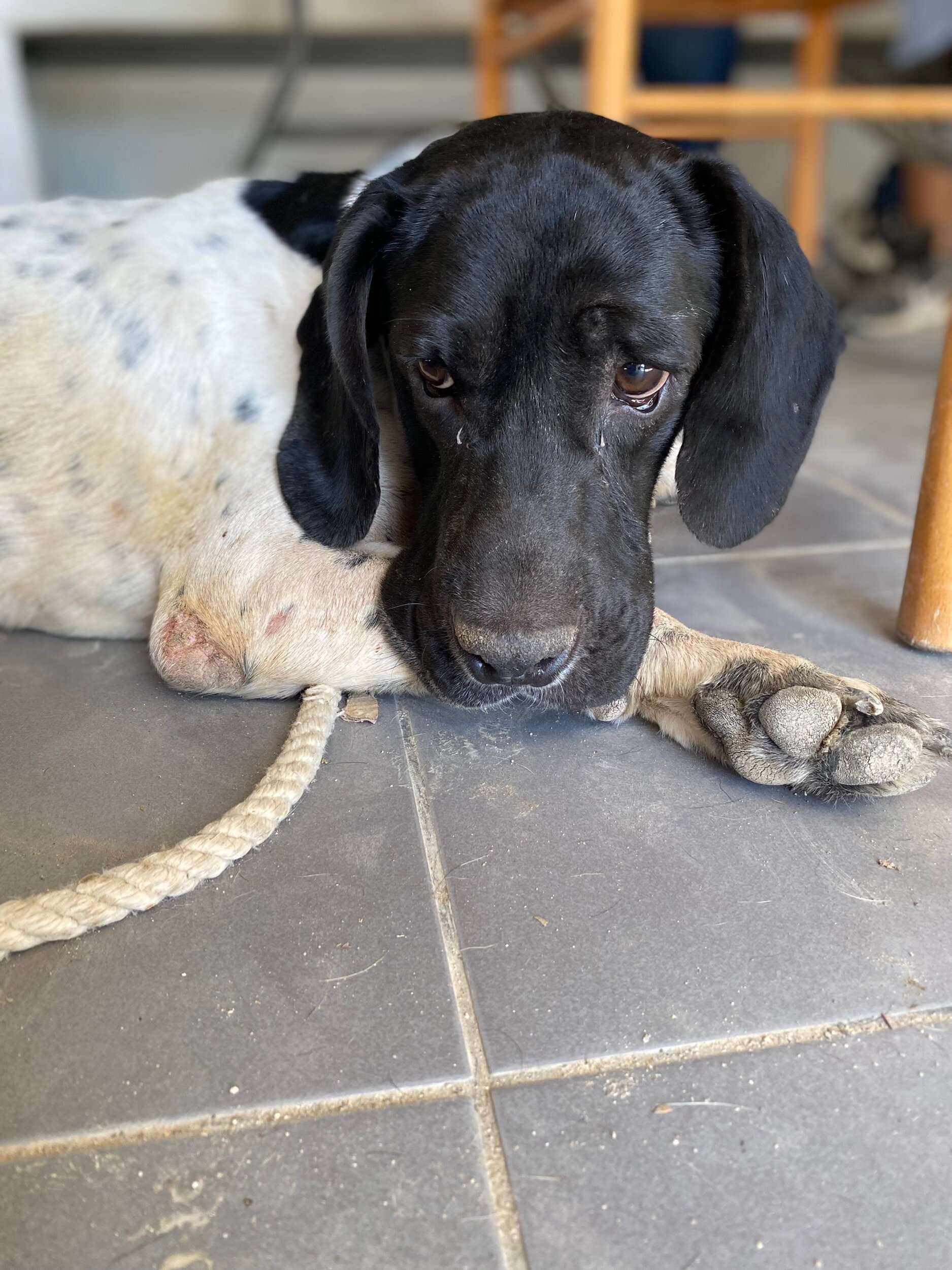 Usually, they live outside in a kennel in someone’s yard for their entire life. Some of them never, ever get to go on a walk. It’s probably a good thing that he found his way to us. Rocky is a Pointer type and therefore needs a semi-rural home with a garden for him to potter about in and a moderately active lifestyle. 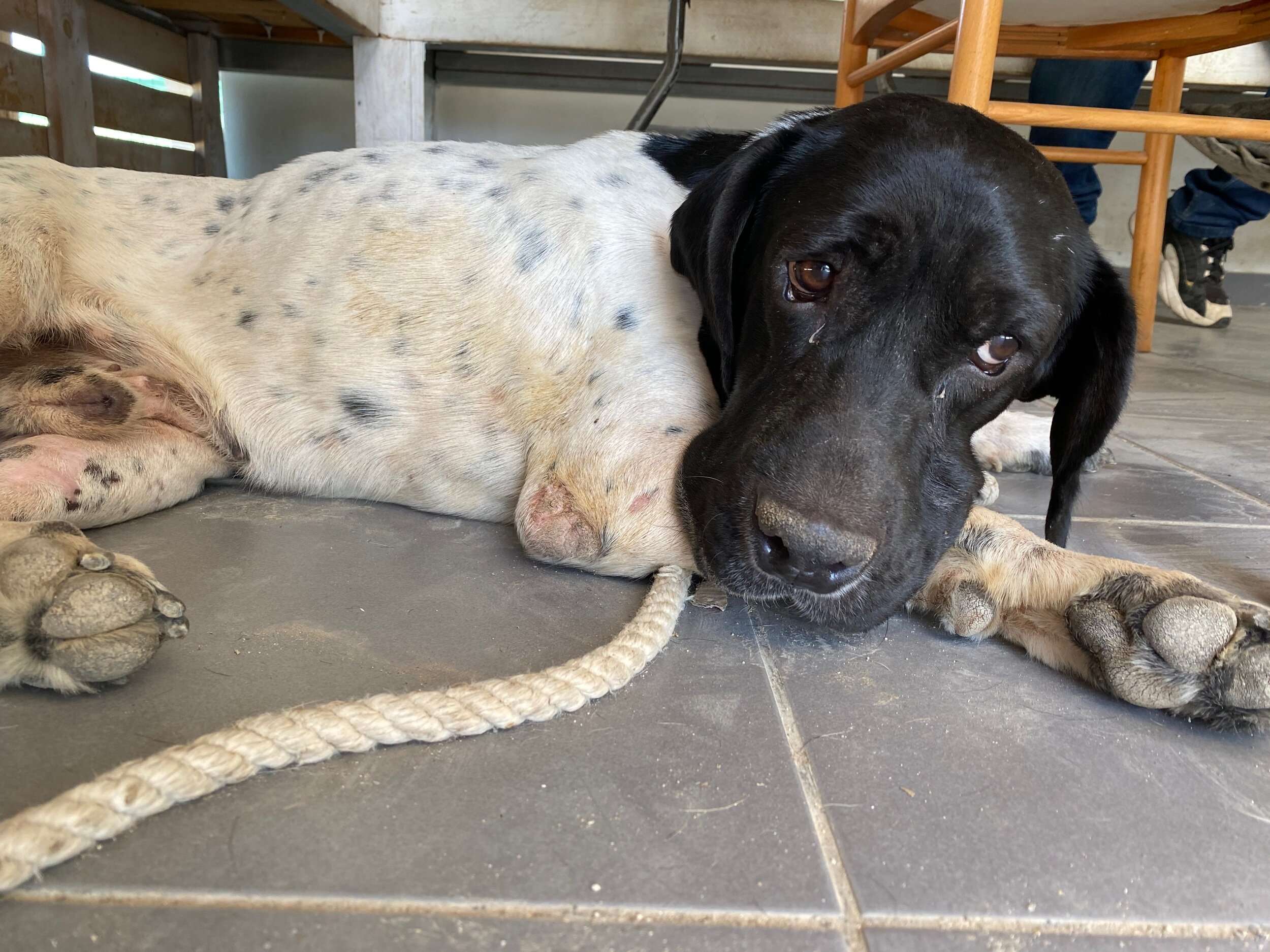 Whilst Rocky isn’t a super energetic type he enjoys the outdoors and being a hound he loves nothing more than checking out all the smells on walks. He would really appreciate a home outside of the city where he can investigate lots of green spaces. He’s dying to get out and about but the shelter just can’t offer him the adventures he wants. 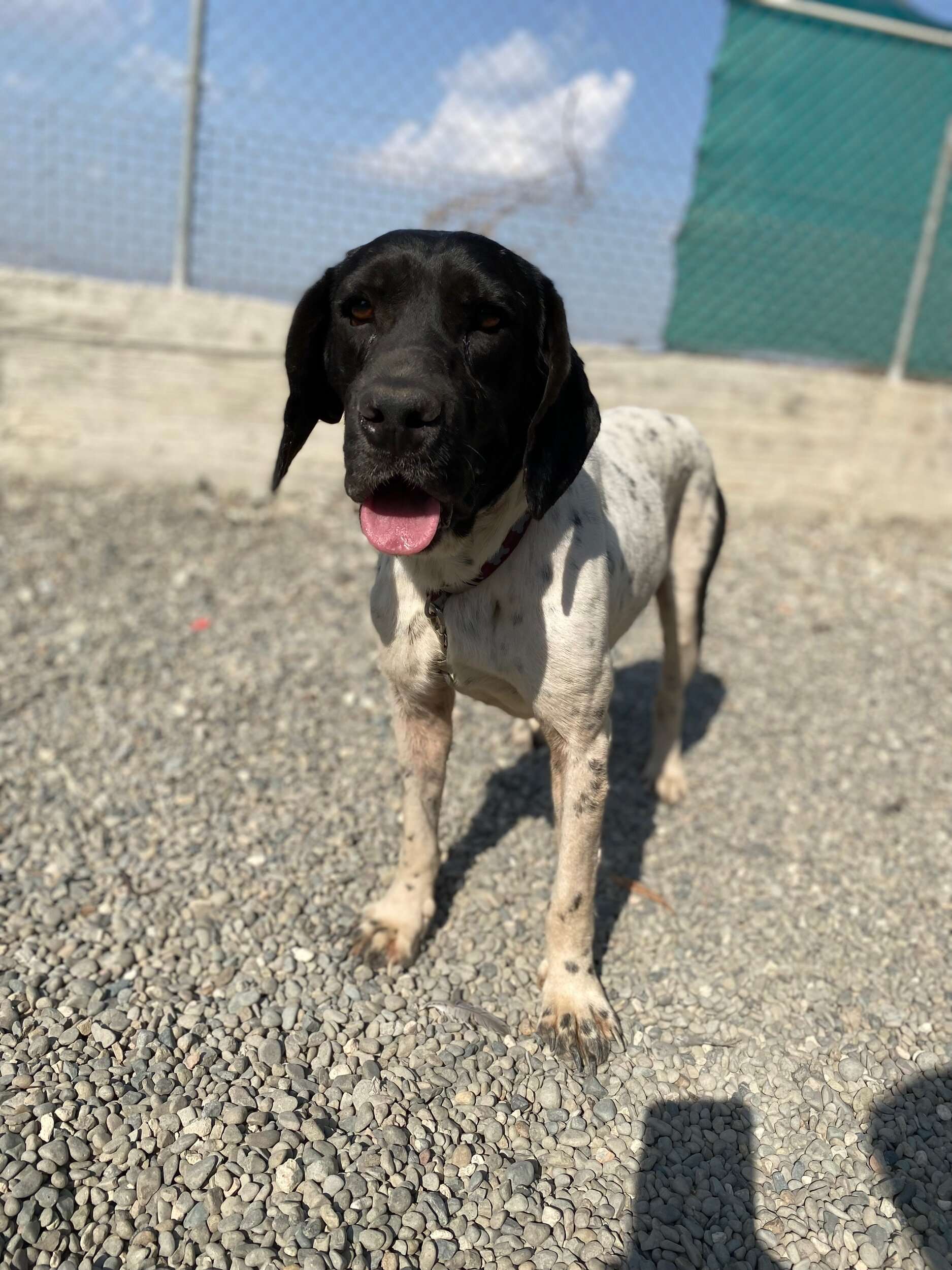 Rocky is estimated to be around three years but we suspect he could be a bit older and will double-check this with the vet. He is a lovely boy who would be happy in a home where he’s the only dog as he’s quietly confident and very people-oriented, but he can also live alongside other pups. He would prefer the company of calmer dogs. 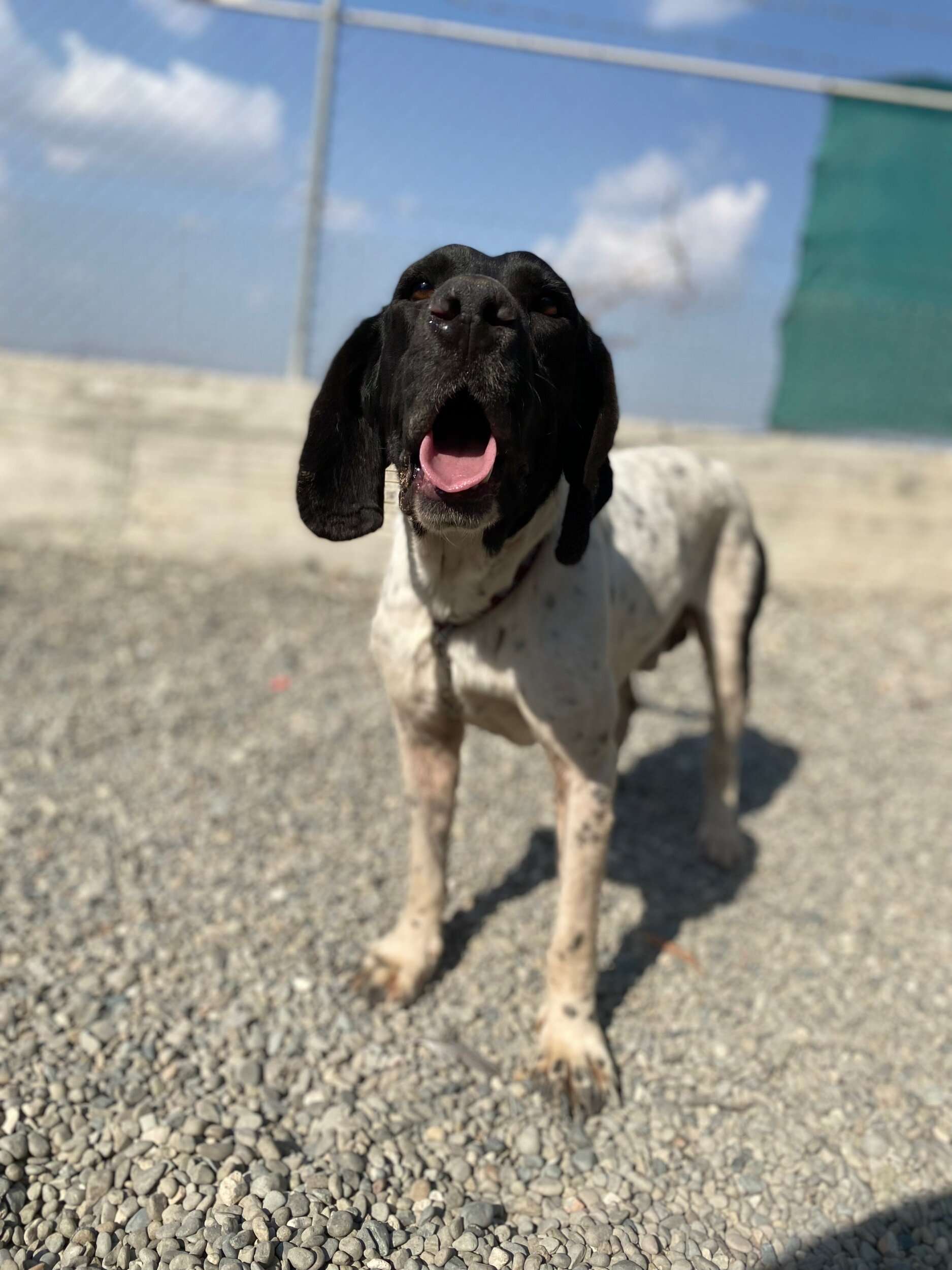 Rocky has not been tested with cats and based on his breed mix we’re looking for a home without them. He can live with children aged 8+. Rocky is currently based in Cyprus and has a clean bill of health. He is ready to fly in November.

Do dogs need a backyard to be happy?