Gizmo is a 3 year old male Pointer. He was found as a stray, roaming around in a village looking for food back in November 2021. It will soon be a year since he was rescued, and he’s had no genuine offers of a home in all this time. This is through no fault of his own of course – Gizmo is a friendly, gentle, patient and easy-going dog, and would make a lovely companion given the chance.

Gizmo is a Pointer type and was rescued during the hunting season of 2021. We’re not sure if he was used as a hunting dog, but so many hounds come into the shelters during this period of time as the hunters fail to care for their dogs properly and many get lost, abandoned or run away in fear from gunshots. Gizmo isn’t the nervous type, and he has a a very friendly disposition. 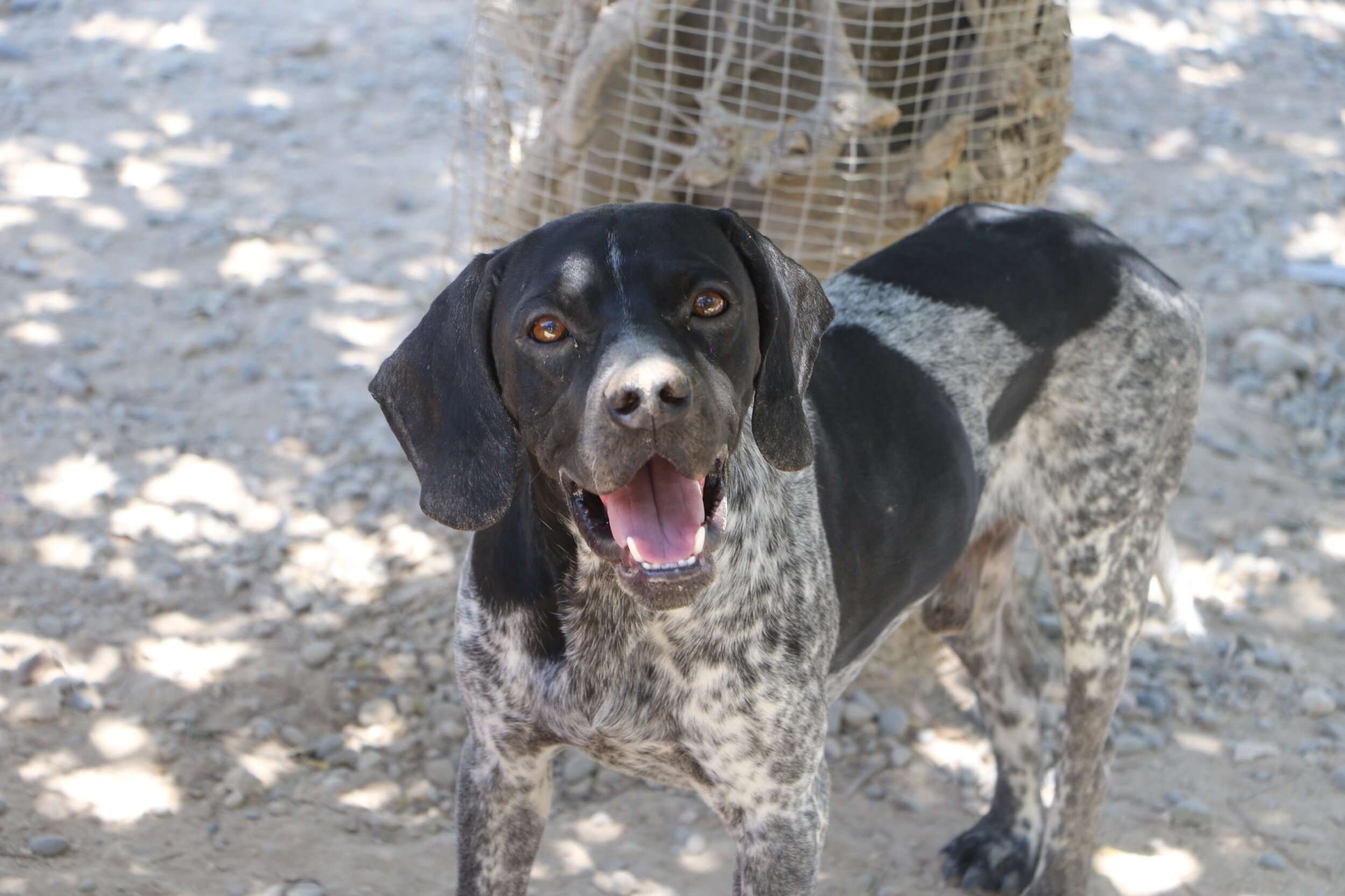 In the shelter he is very chilled and mixes very well with other dogs – at the moment he shares his compound with six others, both males and females, and he doesn’t have any problems getting along with any of them. Whilst Gizmo is easygoing, he’s an active breed type and would love nothing more than a semi-rural home with an adopter who can take him on long walks in the countryside, give him the opportunity to explore, and allow him to follow his nose. 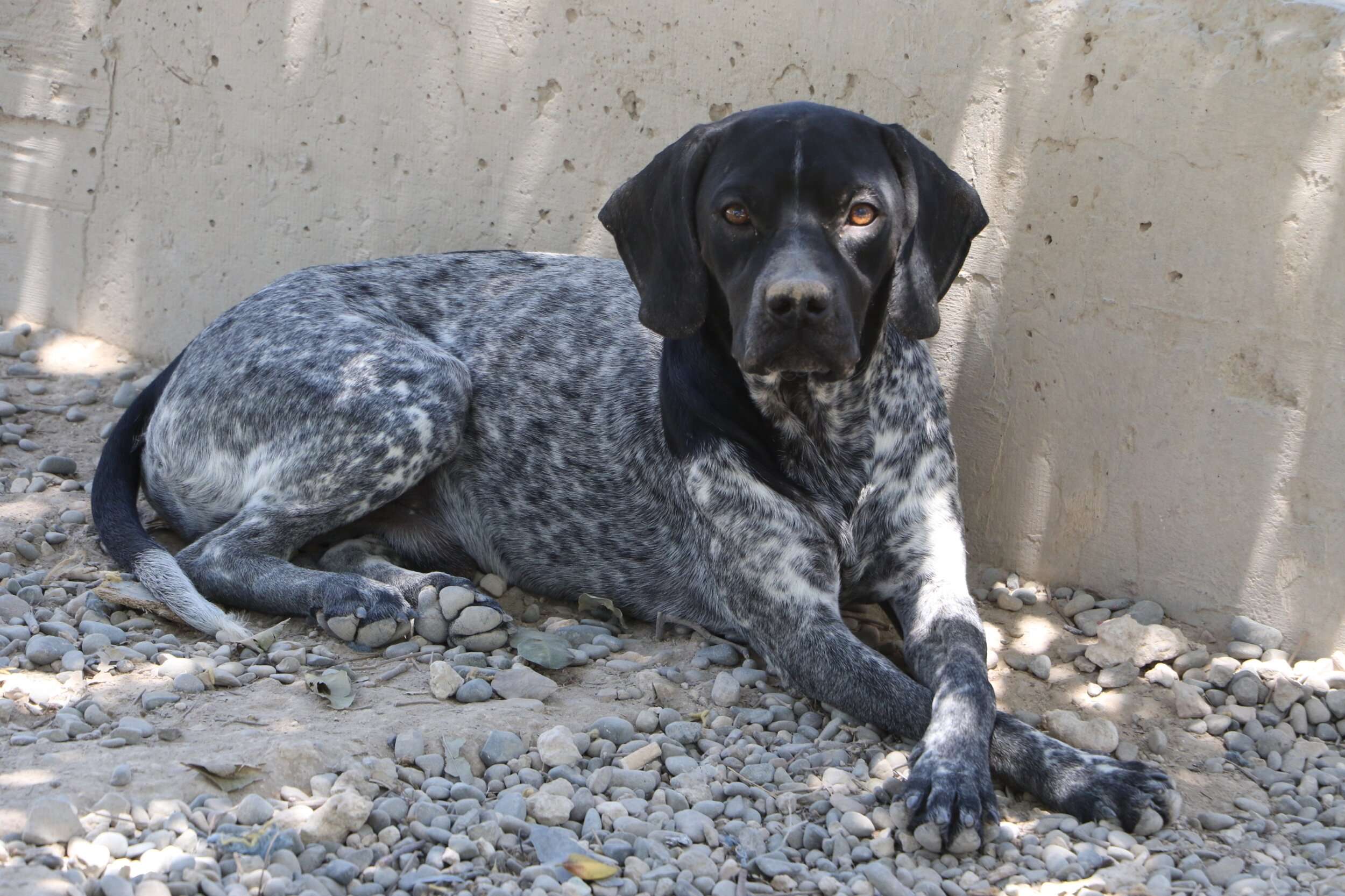 He’s a sociable and trusting boy, and has no issues going up to new people and making friends. He particularly loves a head scratch and gets very excited to be fussed over. Gizmo would enjoy a home with a family who like the outdoors and have lovely walks on their doorstep. He can be rehomed alongside other dogs, but we’re looking for a home without cats based on his breed mix. 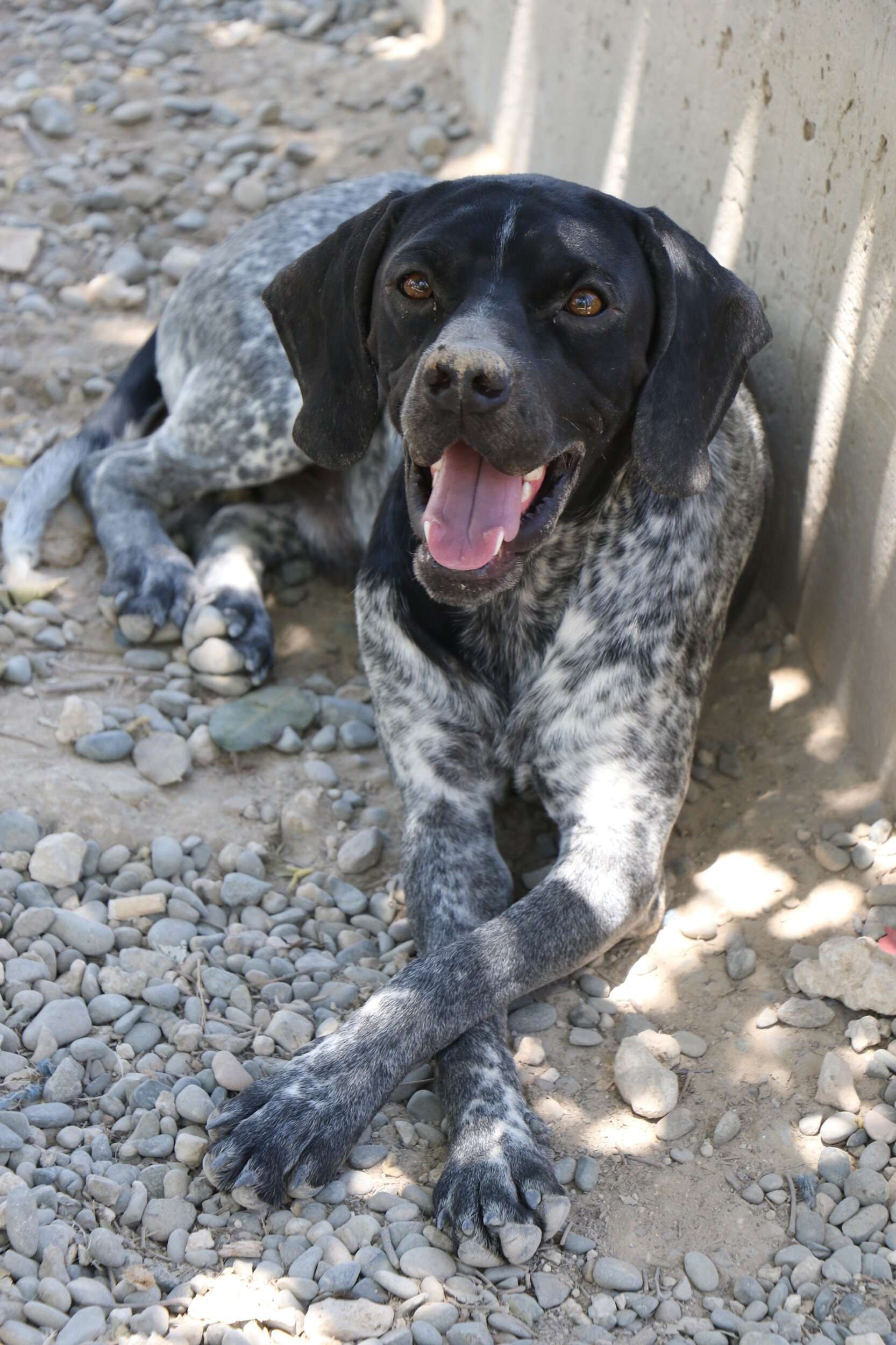 He hasn’t had considerable exposure to children and we would therefore suggest homes with children aged 8+ would be best for him, although he’s never shown any behaviours that would make us think he wouldn’t be friendly towards kids. Gizmo is currently based in Cyprus and has a clean bill of health. He is ready to travel once he finds his forever home.

What Is Dog Crate Training: The Complete Beginners Guide

How To Treat Seizures In Dogs Holistically?

Liver Disease in Dogs: Liver Cleanse and Detox for Dogs